Nowadays the markets see many companies, which offer chemical products. However, only those who base their operations on fundamental knowledge, great scientists’ discoveries and the latest achievements in the field of high-tech, can enjoy respect and trust of their clients. It is these merits that lie in the basis of Synor’s work. “Synor, Co ltd.” deals in metal-organic compounds trading. The foundations of the company were laid 15 years ago by pupils of the famous Razuvayev’s and Abakumov’s schools.

It is becoming clear that the role of a personality in the development of science is undoubtedly a decisive one. An obvious example of this is the school of chemists, created by Razuvayev – the founder of the Institute of Metal-Organic Chemistry in the city of Gorky. The school, which has gained authority in many countries, is now one of the biggest establishments of this sort in the world. The development of Chemistry in Nizhny Novgorod was brought about under the influence Moscow and Leningrad schools, whose joint effort led to outstanding results. Leningrad’s scientists mostly follow academician Epatyev’s postulates in the field of catalysis in Organic and Non-Organic Chemistry. Epatyev is known to have developed the basis of heterogeneous catalysis. Another greatly fruitful direction of Chemistry was developed under the leadership of academician Kurnakov. The results of his physical-chemical research of matter were widely used and the research of platinum metals was connected with Metal Organics. A great contribution was made by academician Favorskiy – Rasuvayev’s scientific advisor for his diploma research in Leningrad University, who specialized in acetylene derivatives, cyclical carbohydrates and unsaturated organic compounds. A constituent part of the development of Nizhny Novgorod chemical school is Zelinsi’s school in Moscow, working with carbohydrates of oil and their catalytic transformation into more valuable products. Thanks to these and many other researchers Chemistry as a science successfully developed in Nizhnyy Novgorod and in the country in general.

Basing his ideas on the latest achievements of the leading scientific schools, Razuvayev turned to a theme which was directly connected with the mechanism of free-radical reactions in liquid fazes. Another important subject of his studies was organometallic compounds, their synthesis, structure and reaction ability. Further on these topics became the main subject of his scientific work.

Besides, having created a school, Razuvayev headed the chair organic Chemistry in Gorky State University for 25 years. His energy, great capacity for work and encyclopedic erudition attracted crowds of young people. It is exactly due to his popularity that he has so many pupils and followers who have become professors, doctors of science and candidates of science. Quite a number of them are now working at one of the biggest companies of Nizhny Novgorod – “Synor, Co ltd.”

The first product od “Synor” was launched on the market in 1991. Since then the company’s product range has been methodically increased and the number of its business partners has been growing too. The product mix is formed with consideration to real needs of major international chemical corporations. 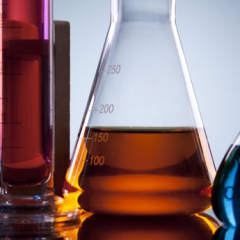 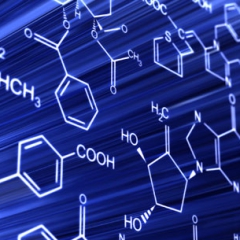 about company
Our product list is being updated. If any compound you are interested in may not be listed please contact us.
831 241 22 32
Н.Новгород, Сормовское шоссе, 24Г, Литер У
24G-U, Sormovskoe shosse, N.Novgorod, Russia